What an Austrian Ducat is worth 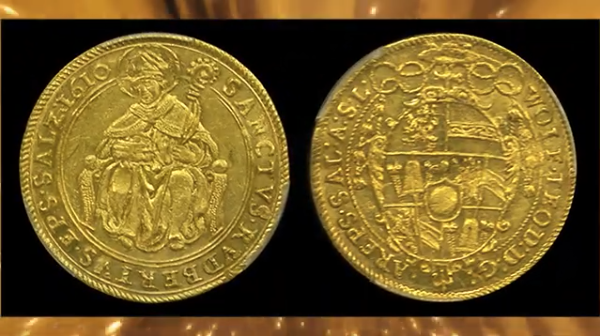 Austrian Gold Ducats are large gold coins valued by investors for several reasons. First of all for their 98.60% fineness weighing 3.44 grams. Secondly, these circulated coins were the highest purity gold coins to be issued prior to the late 20th Century. Therefore, during the 1400s international traders in Western Europe changed from using florins to ducats as the preferred currency.

It is important to note, Ducats come it different sizes in different countries in Western Europe. Today one gold ducat would be worth around 150 dollars. Although, it depends on the current price of gold per ounce. Plus, larger sized Ducats are worth more. For instance, the 4 ducate weight is 13.9636 grams. That is slightly 4 times more than a single Ducat.

It is important to note, The Austrian Mint has been producing innovative coinage and currency for over 800 years. This make it one of the oldest continuously-producing minting institutions in the world. Due to their high purity and exceptional design these coins obtain a high price. Of course, this depends on the condition. Nevertheless, holding a piece of history from the Austria-Hungary Empire in any condition is a great addition to one's collection. It is no wonder why these impressive coins are so sought after.

This rare Austrian Double Ducat weighs almost twice as much as a single Ducat at 7.02 grams. Featured on the obverse is Saint Rupert of Salzburg. As a matter of fact, Rupert is the patron saint of the state of Salzburg, the Roman Catholic Archdiocese of Salzburg. On the reverse is a central shield with ornate detail.

Today commemorative Ducats are still being minted. The Hungarian mint still mints commemorative coins with 2, 3, 4 and 6-ducats quality. Netherlands still issues golden and silver ducats having the same weight, composite and design when they were first minted in 1586. Indeed, these Ducats are still very popular all over the world.

So when someone asks you what an Austrian Ducat is worth you should be able answer. It would have to depend if you are talking about a single Ducat or a 2,3,4, or 6 ducat quality. To find out more be sure to contact a World Coins Advisor at Austin Rare Coins & Bullion.