How much a Silver Dollar is Worth

In most cases, 100-year old United States silver dollars in average (not completely worn) condition are typically worth more than their silver price value alone. In order to check out your silver dollars, we recommend acquiring a Redbook of US coins--issued each year to update collectors of fair retail values of all US coins--it's very useful for doing some value checking.

In many cases, mintages of silver dollar coins were in the tens of millions. Now, certain dates in each of the series of silver dollars trade for very large amounts of money due to either their lower mintages or their rarity (low survival rate.) The most expensive Silver Dollar ever sold? One that brought over $4.1 million--a stunning example of the 1804 Draped Bust silver dollar that has always been highly prized by astute (and wealthy) collectors. (Find rare Silver Dollars and other rare silver coins for sale)

On the other end of the spectrum, are very worn down Morgan or Peace Silver Dollars. Morgans were issued  from 1878 -1921 and Peace dollars were minted afterwards from 1921-1935.  Struck in .77345 troy ounces of pure silver, even worn these command a premium over their silver weight in today's market. Of course, the higher the grade, generally, the more they're worth, of course.

We have recreated a Silver Dollar Chart with photos, dates, silver content, and other specifications. Generally speaking, United States Silver Dollars dated 1935 or earlier are made from 90% silver, 10% copper - with a total silver content of around 0.77-0.78 troy ounces. However with silver dollars from 1965 onwards, things get more complex. For example, "Eisenhower" silver dollars (1971-1978) were issued in both proof and circulation versions; the circulation versions contained no silver, the proof versions have 40% silver.

Today's United States Silver Dollar--the Silver American Eagle, trades very closely to the silver price and is considered a bullion coin. They trade for up to $5-$10 over the spot price of silver, depending upon how many you acquire.  You can find some Silver American Eagle coins for sale.

Here is some useful information regarding the different design types of US silver dollars dating back to the 1790's. 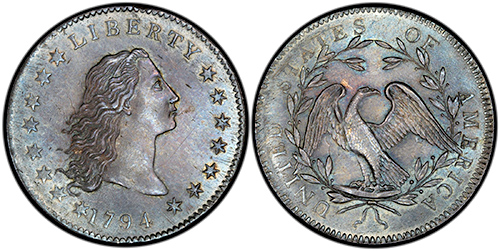 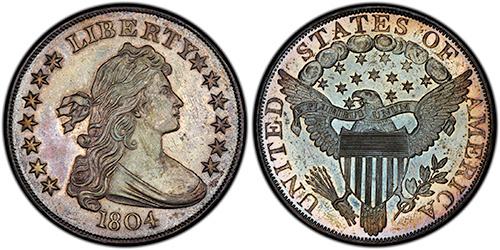 Note - only 15 genuine examples of the famous 1804 dollar are thought to exist. All existing 1804's were actually made after 1834 (in 0.900 silver) and have slightly variant weights. Counterfeits exist in large quantity, oftentimes sold as silver rounds, or one ounce silver coins.  Want to check out silver rounds as an investment?  Learn more here. 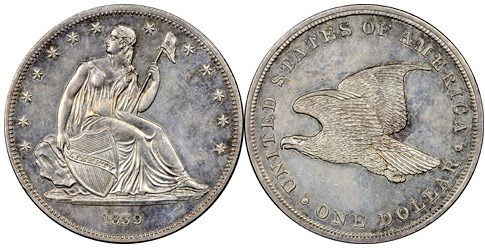 Note - Very rare, only around 2,100 made altogether of this type. Worth far more to collectors for its rarity than for its silver! 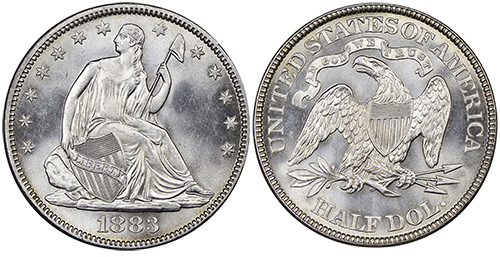 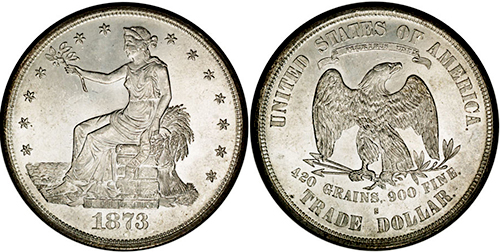 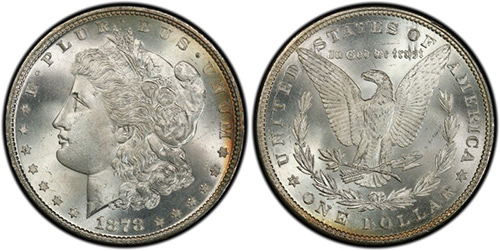 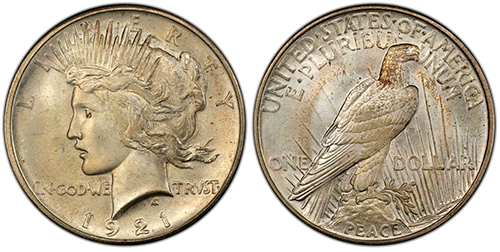 Note - in 1964, 316,076 additional peace dollars were minted but are believed to have all been melted down. 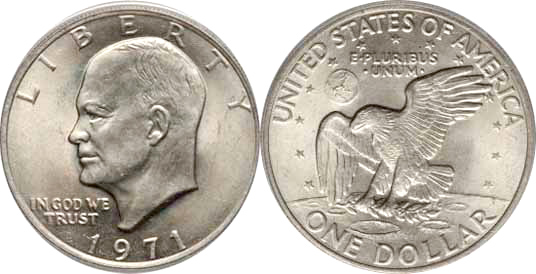 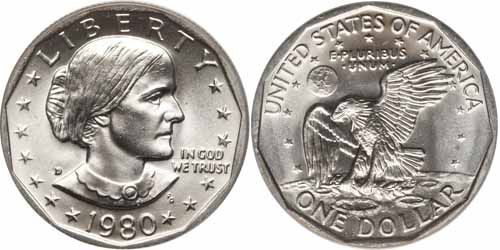 Note - much smaller than the silver dollars; slightly larger than a quarter. 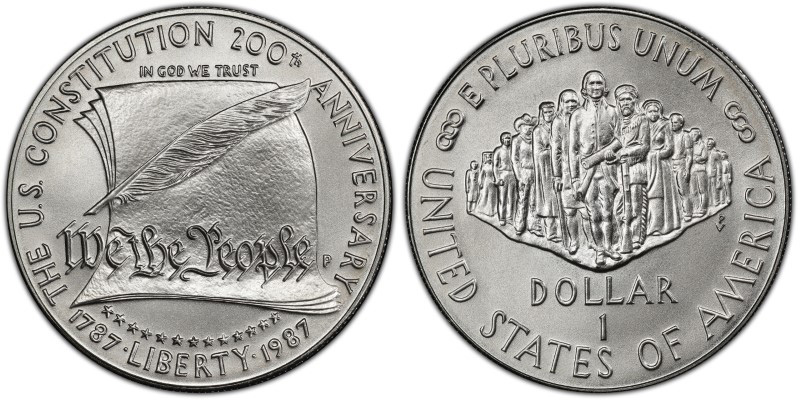 Note - there are over 40 different designs of "Commemorative" Silver Dollar. These are often identified by their unique designs, date (1983-present), silvery color, "standard" silver dollar size; often but not always with "double date" commemorating significant dates in US history. Words "One Dollar" appear somewhere on the design. If it is dated 1983-present, is silver-colored, does not say "1OZ FINE SILVER" on the design, says "One Dollar" somewhere on the design, it is one of the "Commemorative" Silver Dollars. 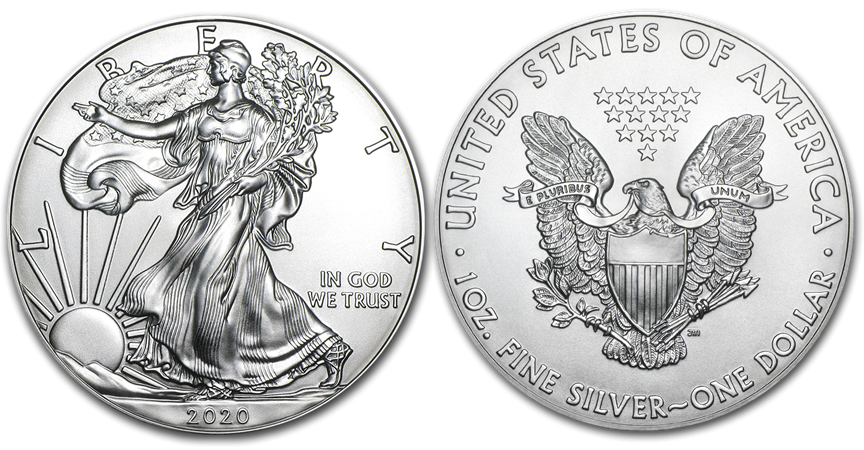 Note - the "Silver Eagle" is immediately recognizable as it states "1OZ FINE SILVER" on the reverse, other designs do not. This coin is slightly larger than the other silver dollars and is specifically a bullion coin - although proof versions and even good condition uncirculated coins are often worth more to collectors than their silver content.