Reasons To Own Certified Ancient Coins 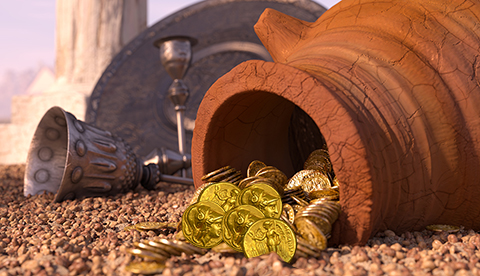 Although ancient coins have been around for thousands of years, it wasn’t until very recently that NGC began certifying them. As a result, thousands of new collectors and investors have discovered ancients and are actively participating in this exciting market.

There are very limited supplies of high-quality ancient coins, yet, they are surprisingly affordable in comparison to U.S. coins. In our opinion, as the certified Ancient coin market continues to grow, it won’t a take a lot of buying pressure to push prices higher.

Those looking to acquire truly rare, ancient coins many times find them to be remarkably affordable in comparison to the multitude of six-figure coins that exist in the U.S. coin market.

There is no question that the added assurance of owning NGC certified ancient coins will fuel this growing market into the next decade. We fully expect that there will be an influx of interest as Ancient gold and silver coins are rediscovered by the collecting community.

Recently, when an excavation takes place and an ancient coin or any other artifact is uncovered, these finds are not leaving the country where they were found or going to coin dealers.

The Department of Antiquities will go in and seize the find as national treasures and they then go to museums or private cabinets. As time goes on, we expect far less “fresh” material to enter the market due to this fact.

We have noticed lately that truly great coins are few and far between as the ever-increasing demand puts pressure on the extremely limited supplies available. We expect this trend to continue as time goes on.

Besides the age of a coin, its condition and history is critical to collectors and investors and a primary driver of price. Remember, just because a coin is old doesn’t necessarily mean it has value. So, what makes a coin valuable? The answer is demand and quality.

You can have the rarest coin around, but if nobody knows or cares about it, then it won’t be valuable. Take a coin like the Brutus “Eid Mar” Silver Denarius from 42 B.C.. While not a particularly beautiful coin, it is extremely valuable and highly desirable because it commemorates the assassination of Julius Caesar.

The coin portrays Brutus, a chief conspirator, and is one of the most sought-after coins of the ancient world. Today it is believed that around 80 are known to exist, however, there are far more collectors who desire to own one, hence the six-figure price tag as a starting point.

Ancient coins are real, tangible links to our distant past and the earliest days of commerce. Imagine the thrill of owning something that was made over 2,000 years ago that has been preserved in immaculate condition.

The opportunity to own gold or silver coins from the time of Alexander the Great or Julius Caesar may seem impossible, but with ancients that dream can become a reality. Every coin that Austin Rare Coins handles tells a unique story. Furthermore, many of our first time clients are shocked to find out that Ancients can be acquired at very affordable levels. Once they get a basic understanding of the market they are very comfortable making their first acquisition.

A Delight to Own

Let’s face it, investing in stocks or bonds isn’t really that much fun. Sure, it can be profitable, but in most cases you’re looking at numbers on a computer screen. Many of our clients have come to realize that putting together a collection of ancient coins is something that is quite different and special.

A carefully chosen selection of certified ancient coins can prove to perform well over time as astute investors and collectors track down these rare items. The key to success is knowledge, building a relationship with a firm you can trust to help you work within your means, and a clear focus on your particular areas of interest.

Holding History In your Hands 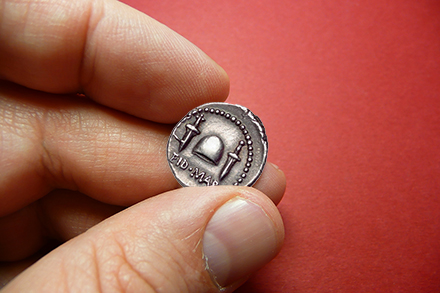 Have you ever heard the saying, “Holding history in your hands”? Perhaps it is best understood when you encounter an incredible, rare ancient coin.

Ancient gold or silver coins from thousands of years ago are tangible links to when currency, art, and written language were in their infancy.

Rare ancient coins allow you to take a journey back in time to the earliest roots of commerce and enjoy a magnificent work of art from thousands of years ago.

Coinage and the concept of money is without question one of the most important inventions in the history of mankind. It allowed people to understand and trust a clearly identifiable object of value and accept it as payment for goods and services.

Coins allowed for people to instantly transact business instead of having to barter. Another reason coins became so popular was because they were a convenient way of paying soldiers and financing wars. Over time, it became increasingly more important to rule over the gold and silver mines to secure both economic and political power.

Ancient coinage as money and self-promotion across the empire became the standard of doing day-to day business. Even today, nearly 3,000 years after the first coins appeared in modern-day Turkey, coinage continues to serve this important role. Along with the invention of coinage came the widespread and lasting influence of culture, power, wealth, and religious beliefs.

Each ancient coin tells a story that adds meaning of owning something realted to that moment in time. For the true collector it is amazing to realize that they are actually holding a piece of ancient history in their hands.

Enjoy The Hobby Of Kings

It was only relatively recently, in the 14th century, that European royalty began collecting ancient coins for their rarity and artistic value. In fact, during the Renaissance, coin collecting came to be known as the “Hobby of Kings.”

These original coin collectors quickly realized that coins were timeless testaments to past empires. As one empire conquered another, oftentimes the coinage of the defeated empire would be melted down or destroyed, and the metal would be used to issue coinage under the new ruler. This rarity and uniqueness is what makes collecting the earliest coins so attractive. It truly is a wonder that any have survived the past several thousand years due to such a tumultous past.

Unlike fiat (paper) currency, gold and silver retain essential properties of money. Modern paper currency has never held up to the test of time and, sadly, every fiat currency has eventually failed. Gold and silver always retains a certain amount of value as a tangible asset.

Today, coin collecting can be done by anyone for various reasons. Some do it for pure fun. For others it is strictly the expectation that the value of their purchase will increase over the long term. Finding the correct ancient coins to acquire requires skill and knowledge. Before you begin accumulating a collection you should consult with a knowledgeable Ancient Coin Specialist.

If you are drawn to these magical ancient coins of our storied past and want to find out more, talk to one of our advisors at ancient gold coins, a division of Austin Rare Coins, 7 days a week 9am to 9pm, at 1-800-928-6468.