Why Invest in Rare Coins 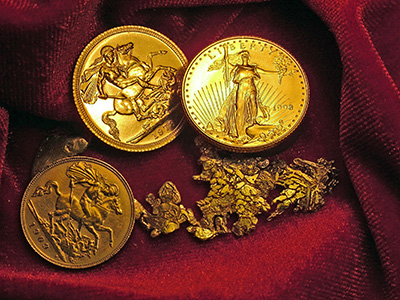 Any discussion of rare coins should begin by discussing what’s rare and what’s not.

New State Quarters from the US Mint are not rare coins. There were 1,346,000,000 Connecticut State Quarters released by the US Mint in 1999 – that's over a BILLION copies of the same coin. While they are very popular as collectibles, it’s hard for us to imagine why the common circulated versions would ever be considered "rare coins" in our lifetime.

Newly minted American Eagle coins are generally not rare. In 2007, some 147,500 one ounce gold American Eagles were mintedand almost 10 million silver dollars. In our opinion, bullion coins like these are not rare today and are unlikely to be rare in the foreseeable future.

While modern issues are fun to collect, these are not the coins serious collectors are putting away. On the other hand, the Gold American Eagles sell based on their weight in gold and make an ideal gold investment.

Likewise, today American Eagle Silver Dollars sell based on their one ounce silver content plus a premium. These are excellent ways to invest in precious metals, but modern coins are not  considered "rare coins".

What is a Rare Coin?

Inside this report, we want to limit our rare coin discussion to just two areas of the rare coin market that we specialize in– gold coins minted before 1933 and US silver dollars dating 1878 to 1921. 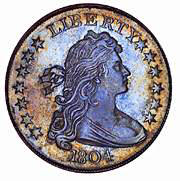 Let’s start with a REALLY rare coin like this 1804 Flowing Hair Silver Dollar. Even at first glance, you can appreciate that this is an antique, a rare collectible, over 200 years old. It’s a coin that very few people reading this article have ever had the privilege of seeing, much less owning. It broke all records when it sold for over $4 million dollars. Without a doubt, it's one of the rarest and finest specimens of its kind known to exist.

Indeed every 1804 dated coin is a rare coin today. But, if every coin cost so much, few people would be able to enjoy the hobby of coin collecting except Kings and Billionaires. What's great about our hobby is the wide range of coins available in all prices so millions of people can afford to collect coins.

Today, many, many US Coins that are highly prized by collectors trade in affordable price ranges priced from $25 to $2,500 each or higher. Austin Rare Coins & Bullion is best suited to assist clients wanting to build a truly unique and selective collection. We frequently assemble coin collections of $100,000 to a million dollars or more for our exceptional collectors. We often take years to assemble such a portfolio of fine coins.

To appreciate the task of finding coins with a healthy combination of rarity, quality, history, and an affordable price, we need to discuss these important attributes.

1. Rarity - A coin that is the only one known to exist is rare indeed! It is the limited number of surviving coins, in a particular condition, that defines a coin's true rarity in the marketplace and sets its price.

2. State of Preservation - The condition of a rare coin is defined by its grade on the official American Numismatic Association scale of 1 to 70. The higher the grade, the better preserved and therefore the more a collector is willing to pay for the prestige and enjoyment of such a coin. Coins grading MS-60+ are said to be in Brilliant Uncirculated or Mint State condition. Coins grading MS-65+ are "Gem" Brilliant Uncirculated.

3. Historic Value - Another appeal of a US rare coin is its place in history. The age of a rare coin and the era in which it was minted often adds greatly to its value. For example, coins minted before and during the Civil War often have high demand from both rare coin collectors and history buffs as well. Since the supply of nice coins from this era is quite limited, there's a strong market for these classic period pieces.

Rarity is All Relative

When we describe the rarity of a coin, we are measuring the rarity of one coin against another. We might say this coin is five times rarer than another coin. Typically, the most astute collectors always want what other people can’t have. They tend to bid-up prices of the rarest or finest known coins just for the pride and prestige of holding such an object. That’s why the rarest coins in the best preserved condition typically trade for the highest prices.

1.Bullion Gold Coins - American Eagles, Canadian Maple Leafs, and Krugerrands are all examples of gold coins that typically trade at small premiums of less than 10% over their melt value. They go up and down in value, dollar for dollar with changing gold prices throughout the day. Since they are minted in large quantities each year, and collected in near perfect condition, we do not consider them to be rare, regardless of the grade.

2. Popular Date Gold, Bullion With Muscle - Often called common dates, these are gold coins dating before 1933 and often widely available in lower grades. We typically trade these in mint condition for small premiums over their gold content alone. Historically, popular date gold is very sensitive to changes in gold prices. However, they tend to leap-frog up or down rather than moving precisely dollar for dollar with gold prices. At times, these coins will be undervalued in relationship to the upward movement of gold prices and may offer you a better value while retaining the “bullion with muscle” attributes.

3. Better Date Gold - We often have the opportunity to offer a selection of what are known as “Better Date” coins to our Preferred Collectors. These are coins that are not classified as “rare” – yet they are not popular dates that are commonly traded. Better Date Gold offers you the opportunity to put away harder-to-find scarce dates at small premiums over the most common dates. These typically offer our clients excellent value combining lower cost with better rarity.

4. Numismatic Rare Coins - True numismatic coins are a different business altogether. Coins that are "rare to extremely rare" are bought and sold within the coin collecting community with little regard for today’s gold price. They may increase in value during times of rapidly rising gold prices, but that is due to the increased demand and willingness of new collectors entering the market to pay a premium for the finest coins in order to entice old-time collectors into parting with them. The truly rare, numismatic coins scarcity, grade, and history distinguish them from ordinary modern gold bullion coins. A coin dealer like Austin Rare Coins & Bullion is best known for its ability to buy, sell, and trade fine quality, numismatic rare coins certified by PCGS or NGC.

In addition to the most commonly collected US rare coins, we would also make a note here of "extreme rarities." In July of 2002, the 1933 $20 Saint-Gaudens Double Eagle broke the world record when it auctioned for $7.59 million. It was almost double the previous record of $4.14 million set in 1999 when an 1804 US silver dollar was auctioned. When a coin is so rare that its value might be compared to a rare Picasso or a Rembrandt painting, we call that coin an "extreme rarity." These rare coins are seldom seen at auction and often held at the Smithsonian, fine museums, or permanent coin collections.

The recent robust strength of the top-end of the rare coin market, the Extreme Rarities began to set the stage in 2002 for rising rare coin markets. Added to that has been the growth in the number of people moving into the gold and silver markets. America is flush with wealth today and a portion of that money flows naturally into rare works of art and fine collectibles like US rare coins. This explains why, across the board, the markets for Pre-1933 Gold Coins have been quite impressive in recent years.

It’s interesting to us how new clients discover rare coins. Most people start out acquiring basic bullion gold coins, like American Eagles. They want gold for safety, security, privacy, and an alternative form of investing.

When circumstances and finances permit, many people round-out their gold holdings by adding popular dates of Pre-1933 Gold Coins that may trade for $500 to $2,500 each, relatively small premiums over the gold content alone. At first, they are looking at rare coins as a way to leverage the gold market, for added privacy, or perhaps to hand down to future generations.

Once clients acquire gold bullion, they shortly discover the advantages of holding Pre-1933 Gold Coins. This influx of new gold investment dollars moving into the rare gold market is currently the primary driving force behind the growing demand. Typically, it takes a client a little time, research, and investigation to better understand and feel comfortable acquiring classic gold coins.

At Austin Rare Coins, the strategy of balancing and diversifying a collection of coins is one we highly recommend. Many historic collections included famous silver dollars, rare Half Eagles, and everything from pennies to $20 Double Eagles. Many of our collectors like to focus on Pre-1933 Gold Coins exclusively. It's still quite possible to build a really nice, diversified collection of gold coins without spending a small fortune.

Consider Harry W. Bass, one of the most famous collectors of United States Gold Coins. In 1999 and 2000, only a portion of his impressive gold coin collection was sold at auction for over $30 million dollars! Naturally, Mr. Bass could afford to own many one-of-a-kind pieces. But interestingly enough, his collection included a variety of gold coins in all price ranges. In fact, Austin Rare Coins, Inc. has placed a number of the rarest pieces with our clients. For example, one extreme rare Ancient Roman Coin traded in the $200,000 range. We also placed hundreds of rare US gold & silver coins, world gold coins & silver coins, and ancient gold, silver, eclectrum, and bronze coins.

Buy the Best You Can Afford

Building a really nice collection can fit within almost any budget. In our opinion, you should always acquire the rarest coins you can comfortably afford without overpaying for the grade.

There are times when gold prices are rising and Pre-1933 Gold Coins are attractively priced. At other times, silver dollars or small denomination coins may offer the best value. That’s why having a diversified strategy of collecting coins from several key areas typically pays off in the long run.

Insider Tip:The true value of a rare coin is always dependent upon its rarity and quality. Every coin must stand on its own. Regardless of the grade or price, a cheap coin with spots or ugly scratches is no bargain. It’s an albatross that will be nearly impossible to get rid of later when it's time to sell. Insist on working with a coin dealer that personally inspects and individually approves each & every coin they sell– like we do here at Austin Rare Coins, Inc.!