Thomas Jefferson, as member of the House of Representatives, recommended a Dollar Unit of Exchange in 1782. By 1785, the Grand Committee of the Continental Congress recommended Five Dollar Gold Pieces. Then in 1791, Alexander Hamilton endorsed the use in gold as our standard money. On April 2, 1792, Congress passed the Coinage Act. This act established the first national mint in the United States. Philadelphia was chosen as the place to have the first US Mint built, because it was also where our nation’s capital was located at that time. It was our first president, George Washington, who directed the land for the US Philadelphia Mint to be purchased and constructed. This was the first federal building ever erected under the Constitution. 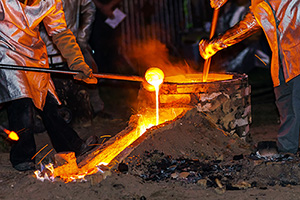 Current day mints operate the most modern machinery for the manufacture of coins, a marked contrast to the early methods of coining money. The melting departments used coal burning furnaces to smelt the raw gold and silver into 90% fine coinage. After the design of a gold coin was approved, the mint staff proceeded to prepare dies with a thick coating of transfer wax under pressure to transfer a penciled tracing. When the model of the coin was made it was placed on a lathe and reduced to the size desired for the coin.

The die was approved, then hardened and tempered ready to produce the coins. Gold ingots varying in sizes and weights were received from the smelter and then broken down into oblong pieces of gold strips, by passing the metal through heavy rollers. Gold Double Eagles and Eagles were passed through the finishing rollers three times. Half Eagles and Quarter Eagles were passed through the rollers four times. The gold strips were then taken to cutting presses where the blank gold pieces were cut to the desired size and weight. Then they were pressed and later transformed into gold coins by having the insignia of the United States government and the design of the coin stamped upon it.

Our US Mint facilities are presently striking coins for circulation in the United States– The Philadelphia Mint, the Denver Mint, the San Francisco Mint, and and the newest US Mint located in West Point, New York. Four other historic US Mint facilities are long-closed and almost forgotten. These mints produced some of the lowest original mintages of all US coins. Today, only a tiny fraction have survived and these are the most highly prized coins in demand by serious US rare coin collectors. 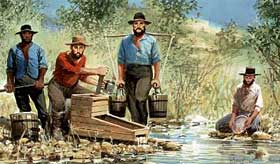 Anyone looking to acquire the oldest and rarest of US Mint coins often look first to early branch US Mints opened in the Old South before the Civil War. By 1799, discoveries of gold had been made in North Carolina and some twenty years later gold mining was a big industry.

The US Mint in Philadelphia was a long, treacherous distance away from the southeastern gold fields. Roads were no more than primitive Indian trails filled with outlaws.  This made it almost impossible for miners in the southeast to transport their raw gold to the US Mint for conversion into official US gold coins. The first southern branch mint opened in New Orleans in 1838. Later, as Gold was discovered in Georgia, official branches of the US Mint were opened in Charlotte, North Carolina, Dahlonega, and Georgia. 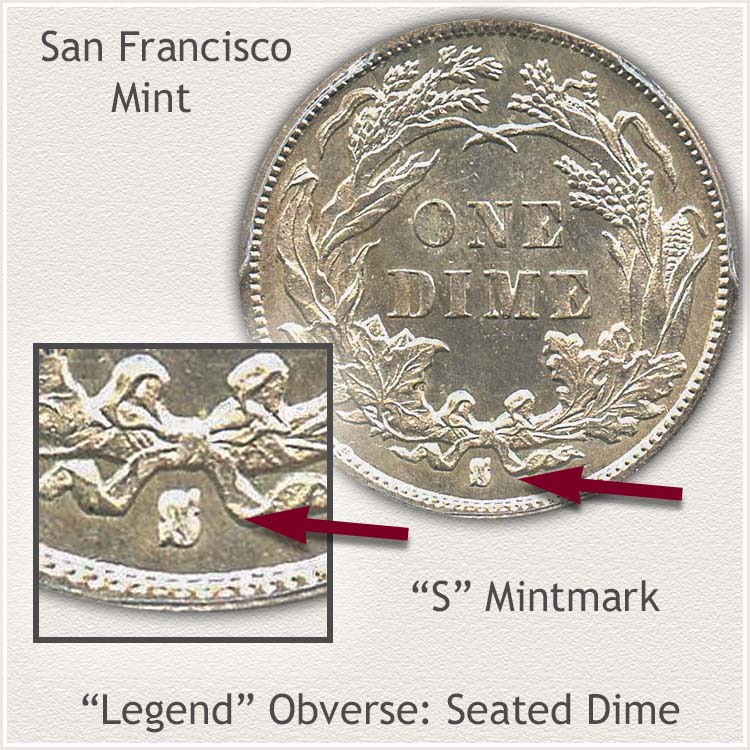 The coins of each branch of the US Mint are identified by a small letter on the coins called "mint marks." These marks date back to ancient Greece and Rome. Through the Act of March 3, 1835, the Director of the Mint set regulations to identify the coins issued from each US Mint branch. This central control made exact standards of production and responsibility for coinage possible.

Most rare coins in the 1800s stayed close to the US Mint where they were struck. San Francisco and Carson City coins circulated on Western Frontiers and seldom appeared back East, while Philadelphia and New Orleans coins stayed to the east. Collectors soon realized that it was a rare occasion when they found coins "out of region."

And that's how the hobby of collecting coins by mint marks began with early US coin collectors. This tradition continues to this day among coin collectors and investors. To learn more about the US Mints, this site will guide you through a brief history with photos and videos of each mint.