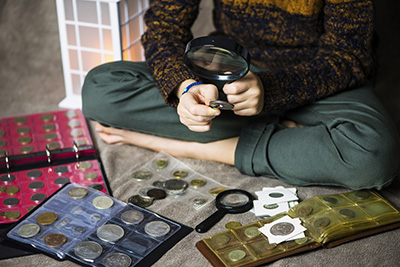 Since the new Statehood Quarters and Gold Dollars were released, the US Mint estimates 139 million people in the United States are now collecting coins. By every estimate, this is a quantum leap! From 1999 to 2008, five new State Quarters have been minted annually. Each State's unique design is released in the same order that the State joined the Union. This monumental task to change circulating coinage each year has resulted in bringing new coin collectors at a rate that is unprecedented. Many of these novice coin collectors as well as kids will grow up with a renewed interest in collecting coins that we feel has been and will be a strong force for demand across all areas of classic Rare Coin collecting.

Since only five new quarters were released annually, collectors bored easily with the lack of new coins. Many began collecting modern issues, classic Pre-1964 Silver Coins, and silver dollars. Many baby boomers, with deep pockets, have begun collecting Pre-1933 US Gold Coins as investments. In fact, there's a well documented demand across the coin collecting hobby. At recent dealer shows, nice gold coins like we trade have been tough to find.

Not since the 1960's when real silver dollars, silver quarters, and silver dimes were removed from circulation have we seen such a wide variety of Americans collecting coins. Perhaps you're old enough to remember the thrill of the chase for those elusive silver coins. 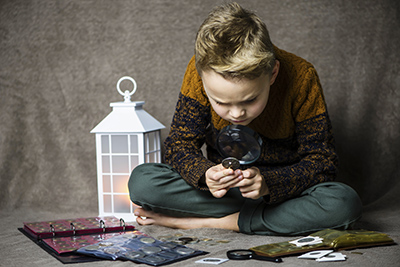 It's A Family Hobby

We find that kids, parents, and grandparents alike are rediscovering the hobby of coin collecting. It's a great way for the family to enjoy quality time together while teaching children about American values, history, and saving money. It is also great fun for the whole family! Coin collecting can start as a hobby that can begin at childhood and continued into well into adulthood. Some may pick it up later in life, but many get great pleasure in watching their collections grow. What we have found is that there are many avid collectors out there.

High Demand on a Fixed Supply

In all sectors of the market coin dealers like to watch the top-end auction market for several reasons. Historically, when the most expensive rare coins begin to trade hands, at significantly higher prices, the entire coin market benefits from the top down.

This is due directly to the exposure auctions receive from newspapers, magazines, and TV reporting on these historic events and record-breaking prices.  Exposure creates interest, interest draws in more investors/collectors and this demand puts further upward price pressure on the limited supply of rare coins.

In addition, as the most expensive and rarest coins go up in price, it provides headroom for the next rarest coin series to rise, coins that we specialize in trading.

Coins are a Demand-Driven Market

As you might imagine, across those 139 million new coin collectors, budgets range from a few hundred to millions of dollars to spend on coins. We look at it this way. If only one-half of one per cent become serious coin collectors, over 695,000 people will be scrambling to find coins and bidding-up coin prices. If they accumulate only a modest $5,000 collection, that alone would move $3.475 billion dollars into the relatively small coin market.

"As we see it, this can only create a demand-driven market for the foreseeable future. This is why we anticipate coin demand to keep growing dramatically."

These factors create a large and growing base of collectors. Add to that the rise in gold and silver prices since 2001 and you have a "double-impact" on coin market demand. As a result, the classic, truly rare US coins from the 1800s and 1900s are in a high demand scenario these days.

Recommendations on Getting Started

Whatever you do, buy the highest quality and rarest coins you can afford.

The early stages of any bull market are historically the best times to assemble a collection of coins. Today, nice coins can still be found at reasonable prices that offer solid value.

We feel strongly that just about everyone today can afford to collect a few US coins thanks to the many different coin release yearly world wide. Most modern circulating coin can be purchased for their face value at any bank. Why pay more?  Beware coin dealer prices that can often vary widely.

When buying coins for investment purposes only, it's not possible for any coin dealer to guarantee you a profit or guarantee against a loss. In addition, rare coins are typically considered to be a long-term investment suitable across a 5 to 7 year, or longer, holding period. As in any marketplace, you buy and sell collectibles at your own risk. You alone make all the final decisions on the areas of collecting that you prefer. In the end, few hobbies offer both the pleasure and potential rewards of coin collecting.