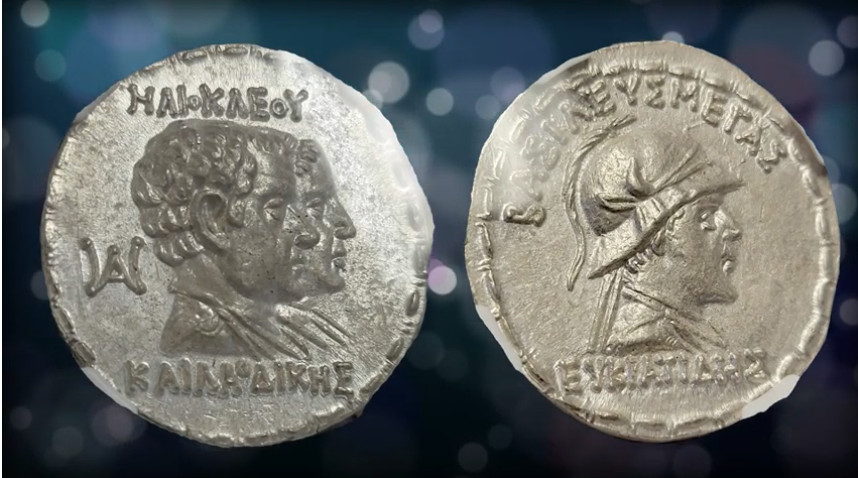 Many ancient coin investors do not know very much about the Greco-Bactrian Kingdom founded in 256 BC. Who knew this Persian area was once as a Hellenistic-era Greek state? Surprisingly, known as the "land of a thousand golden cities". In fact, the capital Bactra was one of the largest and richest cities of the ancient world.

This ancient kingdom covered what is today Afghanistan, Uzbekistan, Tajikistan, and Turkmenistan. It also covered parts of Iran and Pakistan. It is fair to say it covered most of the Indian subcontinent. Bactria covered the eastern most part of Alexander The Great's conquered territory.

Gerneral Seleucus I took over this new territory at first. Seleucus was a Macedonian general of Alexander's. To clarify, Alexander made known on his deathbed who should succeed him. He clearly said, “the strongest” would split up his empire. The four strong generals included Cassander, Ptolemy, Antigonus, and Seleucus.

General Seleucus ruled much of the East, including Bactria. He establishing a Hellenistic dynasty that would last for almost 250 years. However, Diodotos became the first Seleuci satrap of Bactria. He rebelled against the Seleucid ruler Antiochos II until he declared himself an independent king, c. 255 BC.

Diodotos I started his own dynasty. Moreover, he and his son helped expand the Hellenistic culture and influence all the way to India. The dynasty ended with the overthrow of Diodotos II by Euthydemos. In addition, he founded his own Euthydemid dynasty.

The Diodotid dynasty and rival Euthydemid dynasty ruled over Bactria for generations until Eucratides seized the throne. Eucratides became the new Bactrian leader for 25 years. His reign ended by his own son who murdered him. Unfortunately, his son followed with a period of politic instability. As a result, Yuezhei nomads overthrew the empire in 130 BC. Amazingly, the Greek influence lasted for three centuries.

During Eucratides reign he issued the largest surviving gold coin struck in antiquity. These Coins of Bactria also included an incredible silver Tetradrachm. Feature below, is a video of a silver Tetradrachm that Austin Coins recently sold.

If you'd like to learn more about the Greco-Bactrian Kingdom talk to one of our Ancient Coins Advisors. They are more than willing to help you in your quest. Call 1-800-928-6468 today!