Who Were The Thracians? 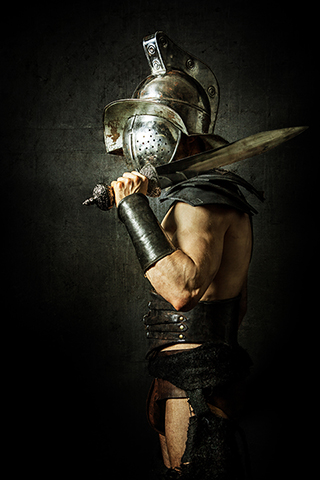 When talking about groups of people in ancient times some people wonder "who were the Thracians?" It is curious that many don't know much about them even though they were an Indo-European people who dominated a large area of Eastern Europe. They inhabited what today is modern day Bulgaria, Turkey and Greece. In fact, they occupied this area for much of antiquity.

We can find some of the earliest literary references of the Thracians from the Iliad. The epic poem of Homer referenced the Trojan War and King Rhesus who was a local Thracian ruler. The problem about Thracians is that they were divided between multiple tribes. They all had their own tribal identity and basically did things differently. Interestingly, The Thracians did not describe themselves by name. The term Thrace and Thracians were names given to them by the Greeks.

Thracians remained largely disunited and ultimate became a conquered people by great ancient armies. They faced subjugation by the Achaemenid Empire, the Macedonia Empire led by Alexander the Great, and later the Roman Empire. In other words, they lacked the unity to fight as one to ward off their enemies. To advancing empires Thracians were thought of as barbarians and perceived as being backwards. Even though, the Thracians were described as "warlike" by both the Greeks and Romans. Many were capture as slaves and were favored as mercenaries.

It is true that Thracian lived simple lives in open villages. However, even after conquering empires tried to change Thracians they still kept their "barbarous" ways. On the other hand, Thracian had a fairly advanced culture that was especially noted for its poetry and music.

The Thracian adopted the Coson coins of the Roman Empire with the BR monogram. They were produced by Brutus using highly refined gold, and later the non-monogrammed coins were imitations made by Thracians using their own methods and local alluvial gold.

Subsequently today, Coson Gold Staters like the ones the Thracians minted are available for sale by Austin Rare Coins. These remarkable 2000 year-old gold coins, in mint condition, can be acquired for under $2000. These fascinating gold staters depict three soldiers in procession on the front. On the back you will an intricate Eagle holding an Olive wreath.

Hopefully, now when someone asks you, "who were the Thracians?" You'll be able to let them know they were a complicated people who were thought of as barbarians by their captures, but exhibited fairly advanced cultured ways.

← Previous Next →
Latest From Gunther Allen
Who Were The Thracians?